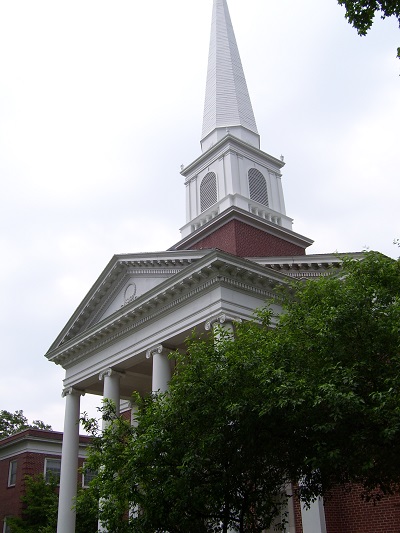 The most famous examples of church architecture may be the great cathedrals of Europe, and some of the elements of those grand buildings still show up in our local churches today. Our churches will have just one spire or steeple, but the beauty of this architectural feature, pointing to the heavens, remains a sign of churches all over the country.

The cathedrals of Europe did not contain pews as modern churches do. The floors were open and people either stood or knelt during worship. After the Reformation, it became the custom for wealthy families to have their own seats in churches; in fact, the churches of England were often built by landowners for their own families and the people who lived on their lands. The Dutch word puye became “pue” in England in the 1600s and by the 1800s was spelled “pew” as we spell it now. 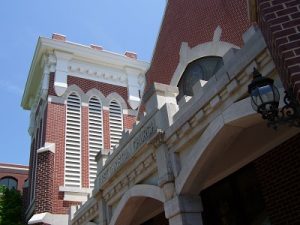 Churches without steeples still often have decorative elements that can remind us of castles, and many of our ideas about how a church should look come either from the Middle Ages or from Victorian reimaginings of the medieval churches.

But churches in America, while they often have the special features brought by early settlers from Europ, have made these features their own. Stained glass windows say “church” to many of us, but they may be very different in style from those of old churches. 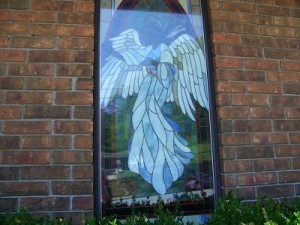 In some parts of the country, churches are styled not after the cathedrals of France or the parish churches of England, but after the missions built in the Americas by the Spanish. 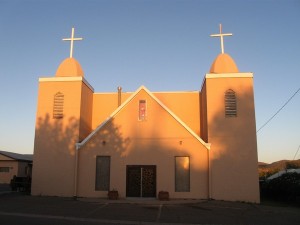 We can also see the distinctly American style of the simple meeting house — and today we may find a church in a strip mall or a former warehouse. 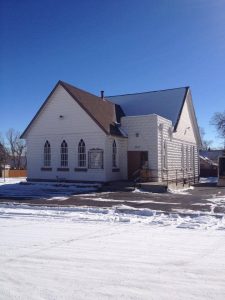 Whatever the style of your church, we can create custom pews, pulpits, and other church furnishings that suit it perfectly. Call us or browse through our brochure.