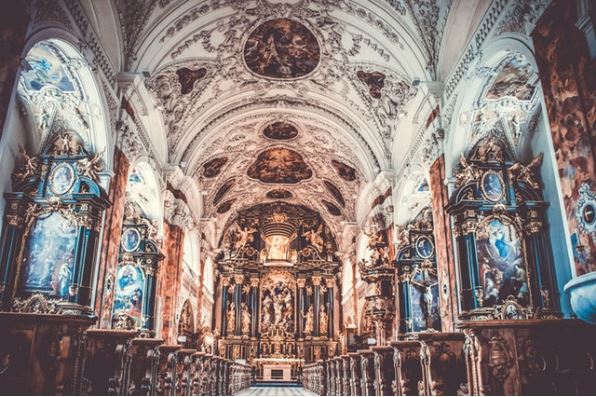 When did they become popular?

For most of church history, younger worshipers stood while the elderly sat on scattered benches. Kneeling started to become more and more popular until there was a point in which people were taking up too much room and congregations needed to provide an alternative that would not only allow more people to fit in the worship space, but also make it more comfortable. Pews were steadily introduced over a long period of time until churches found they could install pews at an affordable price. It was common for the wealthiest members in the church to chip in and help provide these additions to their congregations.

How common are church pews today versus when they were first introduced?

In many Christian congregations, especially in the U.S., it is standard to have church pews in their worship space. Today they are much more accessible and affordable, compared to a couple centuries ago. Many of the churches in those times could not afford church pews. Now, production methods are far more advanced, so church furniture manufacturers are able to construct a variety of church pews with timeless designs at a more efficient rate.

Where did the word ‘pew’ come from?

The word ‘pew’ is derived from a Middle English word ‘pewe’ that means balcony or elevation. Pews were meant to elevate the kneeling lines in a congregation to help make the people more comfortable.

Before pews became popular, they were considered a luxury. Most Catholics, specifically in the U.S., introduced pews in churches after Protestants. Pews brought people together in congregations because they benefited people of various faiths across the world. Church pews are exceptionally comfortable and offer a variety of different tastes for each congregation’s style.