Our recent trip to Minnesota took us to Bethany Lutheran Church in Lake City, home of the invention of water skiing by Ralph Samuelson. This trip, however, didn’t come with any water skiing but instead brought a lot of snow along our journey. Coming from Oklahoma, that’s more snow that we see in a few years’ time! Lake City, Minnesota, is located along the border of Minnesota and along the Mississippi River. The river is very wide in the area of Lake City and is called Lake Pepin. It was on these waters that water skiing was first invented. 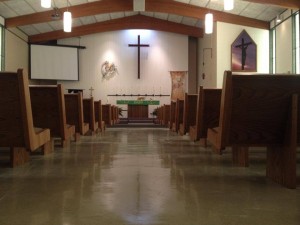 Ralph Samuelson had tried aquaplaning, a sport where swimmers stand on a wide board towed behind a boat, but thought it might be more enjoyable to try something more similar to skiing. He tried a number of conventional skis first. Eventually, after lots of failed attempts, Samuelson decided to make his own water skis that were wider and longer than skis on the market. He boiled the tips in his mother’s kettle and turned them upwards so they didn’t catch in the water and rode better on the top of the water. 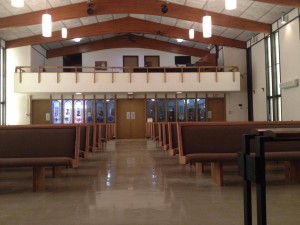 On June 28th, 1925, Samuelson was successful. He used an aquaplane to get started and put one ski after the other on the water while being towed by a boat. The skis he invented worked — but broke on Samuelson’s first attempt at a jump. His second pair of water skis are still kept in Lake City to showcase the town’s unique history. Unfortunately, Samuelson did not file for a patent and another man, Fred Waller, claimed the invention of water skiing later that year.

As woodworkers ourselves, we like to imagine Samuelson working with his first sets of water skis and using steam to soften the pine wood enough to bend it. It had to be a labor of love—much like our own labors over church pews. We spend hours making sure that our church pews are ready for churches to use them for decades and sand down any small imperfections before staining and sending our church pews along on their path.

It was a pleasure to meet the congregation at Bethany Lutheran Church in Lake City and to learn a bit more about the history of Lake City and water skiing. 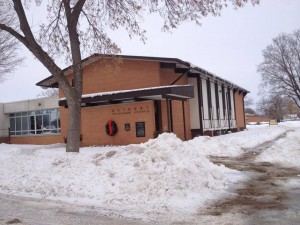 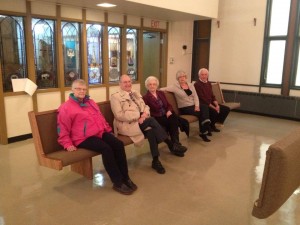