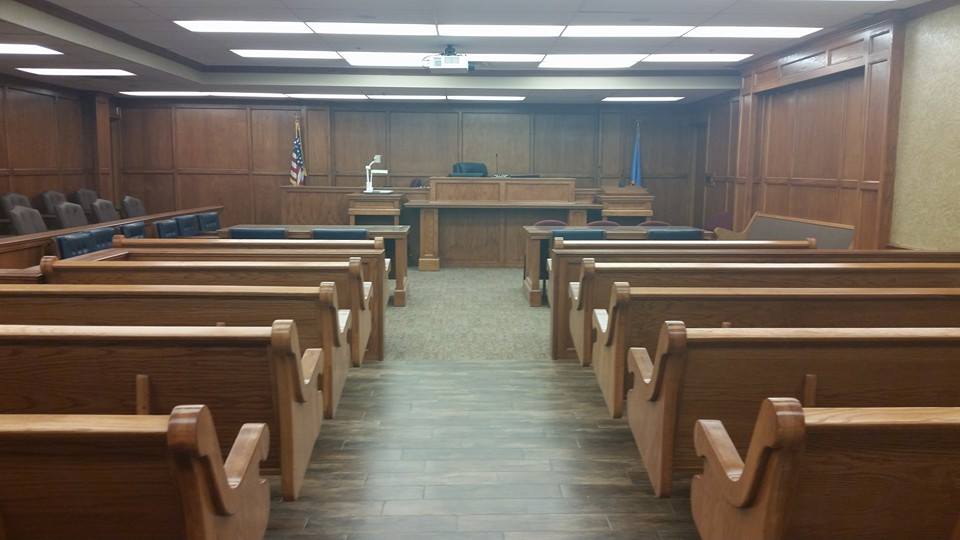 Born Again Pews had the pleasure of building and installing new courtroom furniture for the Caddo County Courthouse in Anadarko, Oklahoma. Courthouse benches see a lot of use, and they need to be sturdy. There’s no reason they can’t be attractive, too.

Anadarko’s name came from the Native Americans living in the area in the late 1800s, part of the Caddo tribe. Their name has been variously spelled as Anadarko, Anadaca, Anduico, Nadaco, Nandacao, and Nadarko, but the town was officially named Anadarko in 1873.

The Caddo, now a federally recognized tribe, included a number of groups of Southeastern Native Americans living in Texas, Louisiana, Arkansas, and Oklahoma. The Caddoan language group includes the Wichita and Pawnee languages, and the Caddoan culture is generally agreed to be descended from the early Mound Builders who created villages around great ceremonial mounds. The Caddo dominated the salt trade in early American history, giving them a strong position as traders among the native Americans and the early European settlers.

Anadarko is a center of Native American government, as well as being the county seat of Caddo County.

When your courthouse needs new benches, you can calculate the number and length of the benches you need with two numbers: the square footage of the courtroom and the number of people you need to accommodate.

Here are a few more numbers to consider:

Contact us for help in determining your needs. Born Again Pews will custom build, deliver, and install your pews no matter where you are!